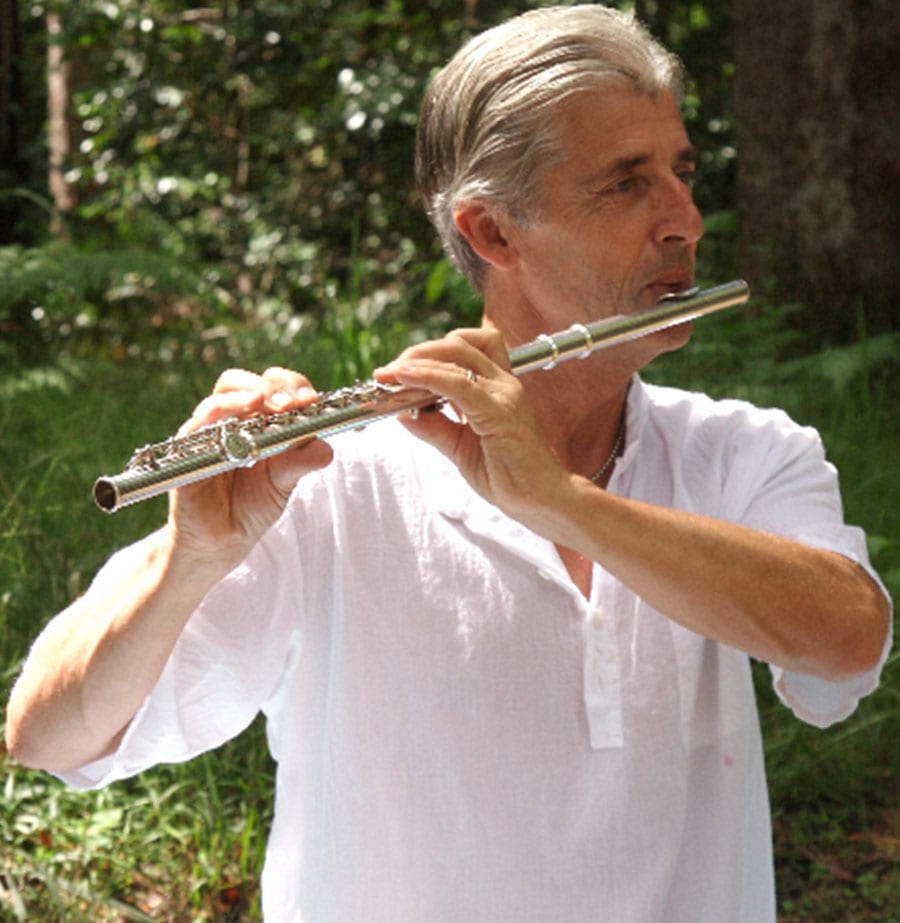 Terry Oldfield is a world acclaimed composer and much-loved musician, known for his mastery of the flute. With over 3 million record sales to date the magic of his music continues to touch and inspire audiences worldwide by creating an atmosphere of peace and true serenity. Terry Oldfield composed the music to the BBC series called Great Railway Journeys of the World, and more than 50 other film and television productions.

“When you hear Terry Oldfield playing his flute you will truly know the magical transformation of breath into music.” 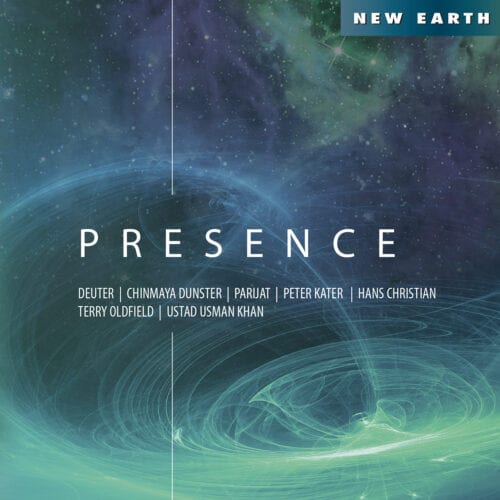 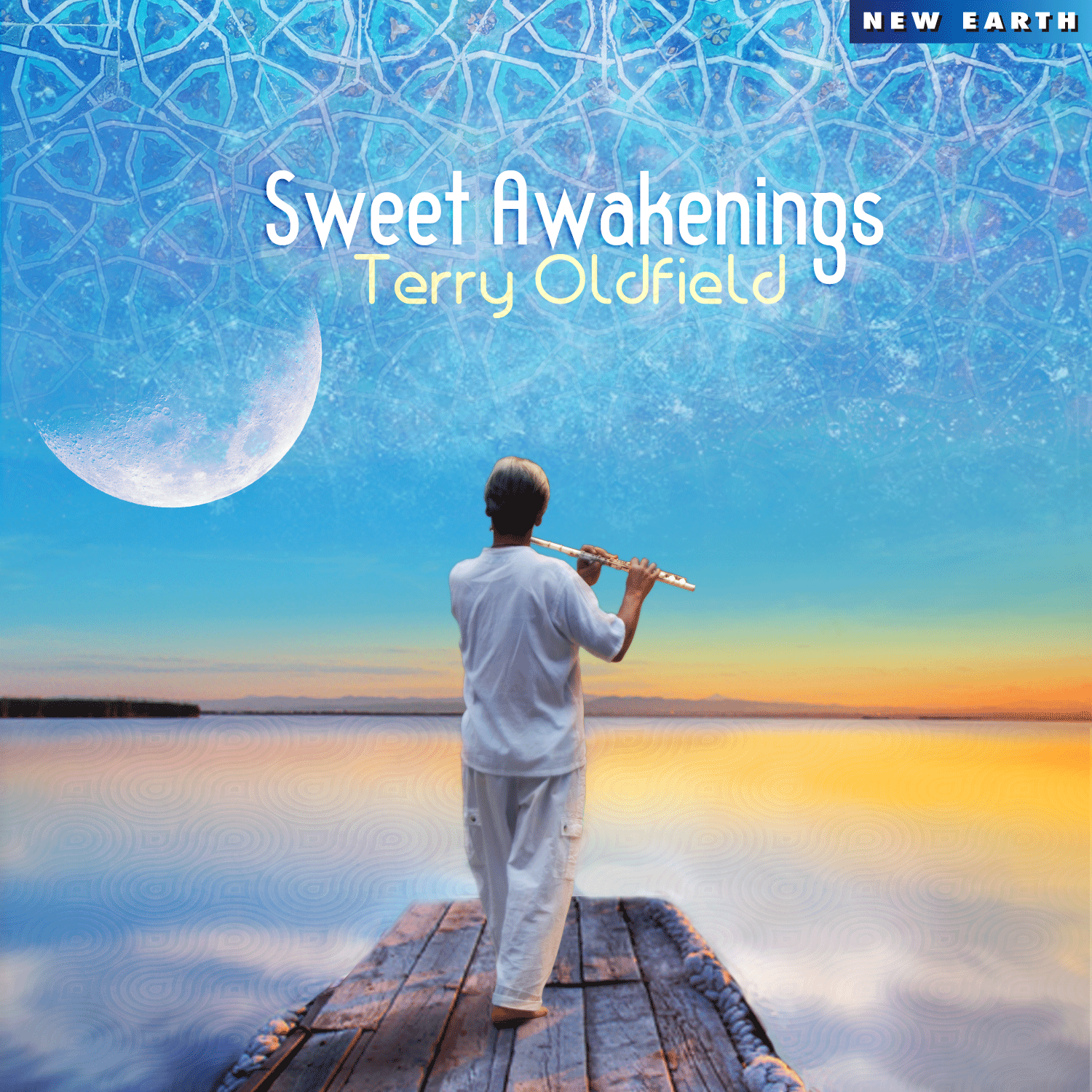 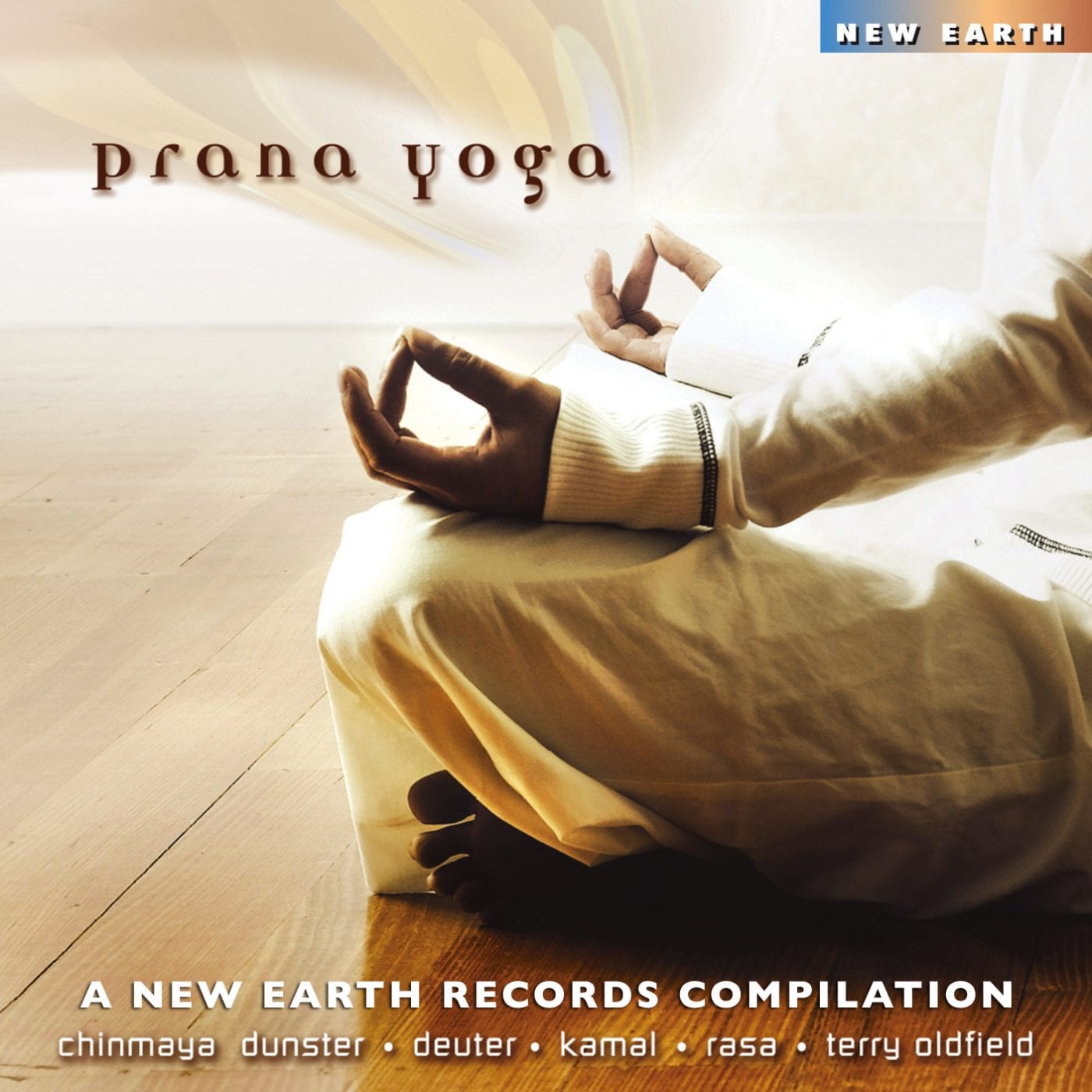 I was born to an Irish mother and an English father in a Northern suburb of London called Palmers Green. I have absolutely no memory of anything before an incident on a frosty morning when my older sister Sally and I were playing in the garden of a tall house and were confronted by a large white dog. We decided that this dog was Jack Frost, a character apparently well-known at the time in childrens’ stories. There are happenings that I have been told about my childhood that are not really true memories for me although I suppose they too are stored away there somewhere, locked away in the vaults for some unconscious purpose. Then there are other snippets here and there; quite a few based around frequent visits to Margate, a seaside town in Kent where my grandparents on my father’s side had retired to live. These were happy days with endless days on the beach collecting shells and building sand castles. I particularly remember the awesome expanses of black seaweed amongst which the two of us would wander in search of crabs and things. This was a world that I lost at some forgotten point in time or rather it was swept away in the rising tide of complexity that we call ‘growing up.’

I think I was fairly happily immersed in life by the time I was 12 years old and it came as a tremendous shock to suddenly find myself sent away from my friends and family to board at what can only be described as an open prison. It was actually a Public School and this was to be the bane of my life for the next four years. I was so unhappy that all my writing books were full of days crossed off, as each one laid the way open to a future when I would be free. This freedom was called the School Holidays. To this day I cannot for the life of me see how my frequent cries for help were never heard. Each time I ran away from school I was taken back in disgrace as though I had made some dreadful error of judgment. There were of course some there who were perfectly happy to be controlled and herded about like sheep but I could never understand them. Anyway eventually someone got the message and I was given my freedom.

To break free from the conventions that society had placed upon me in the way of habitual responses and patterns of behavior, has been my aim ever since I read a book called The Hidden Side Of Things when I was about 16 years old. I was brought up in a pseudo-religious environment of ritual and mimicry that became the launching pad for my effort to break free in that it provided me with the necessary level of unease to set me moving upon the path in a search for liberation from the ‘Mind-Forged Manacles’ that are the source of all suffering in this world.

There was a fun period when my brother Mike and myself started a band called Barefoot. I enjoyed the atmosphere of that a lot. We played quite heavy stuff in various clubs but I couldn’t play the guitar for toffee! Mike later went on to become a megastar.

Traveling was my saving grace as it led me to experience the great diversity of life on this planet. It was during a stay on the island of Hydra in Greece that I discovered the flute for the first time. I also drifted into Australia when I was 19 and so began a relationship with the place that has finally drawn me to live and work there down under.

When I first started playing the flute on the Island of Hydra when I was 19 I used to go up into the forest and sit for hours just exploring the notes and finding my way around the instrument whilst listening to the wind in the pines and the birdsong and silence in between. I had some Greek friends there who took me to the remains of some of the old temples and theatres that stand there serenely in the ancient landscape. I played my flute there amongst the rocks and trees feeling the energy of the places and expressing my feelings through the magical transformation of breath into music.I had been sad and withdrawn through my teenage years and had set off travelling in order to find some sort of meaning in my life and it was through the flute and my connection with the energies of this ancient Greek world that my own energies began to flow again.

Religion for me as a child was just another tedious subject at school, one that had a rather boring practical side, keeping me away from the important things like football and fishing. It was only when I came up against some of the unanswerable questions in life that the “Spiritual” quest began. I think all religion is an attempt to explain the mystery that is life. The rational mind (the problem solver) -ego- cannot bear the inexplicable. I have read all the books – mystical, practical, esoteric, etc. and done a good many courses, retreats, etc. and it has always slowly but surely led me back time and again to this point, this living moment in time that contains the eternal that these religions profess to seek.

Writing and playing music is a wonderful tool for me. It brings the whole maelstrom of thinking to a halt. I’m sure any artist would say the same, that the creative process is so rewarding in this way – that it reconnects or puts the creator in touch with himself, with that inexhaustible flow of energy and power that is always there, but only in this present moment, which is eternity unfolding. To that extent being creative, writing music for me, is simply making myself available to that which is, and then it all happens by itself or through me. That’s why the question that always comes up is “How do you write music?” and it is impossible to answer because I simply don’t know. It can only happen when I (thought) am no longer there to get in the way.

I don’t think much about the audience until the work is finished and out there. It certainly isn’t an altruistic thing – more a question of having to do it – mostly because of the focus – an edge to life that it gives. That feeling is addictive and I find life difficult and less meaningful if I can’t work. I have heard other artists say the same – not only musicians. I feel it is an energy-flow thing. I often wonder whether I would still write music if nobody ever listened. There is also the mundane side – after all, for me music is also a product that I hope will be popular and sell. The audience is essential for that. But it never enters the creative process – except for a few remixes that I did last year that was a purely commercial venture.

I meditate every morning using Vipassana which is essentially observing sensations in the body. For many years I had meditated with the view that there was something to be gained by leaving the physical and entering into some kind of extrasensory realm where lay all that could be deemed to be spiritual. Now I feel the spirit deep within my bones and the connection with this marvelous Earth is feeding my soul and bringing me the inspiration to play from the heart and connect with the hearts of others. When I disappear and become like the open tube of the flute through which the wind blow it is then that the magic happens. The less I am the the more powerful is the sharing with those who recognise themselves in the magical vibration of music.

And what of now – this ever elusive will ‘o the wisp we call the present. Sometimes it carries me alive and kicking and other times I try to be carried but more often than not in the words of John Lennon “Life is what happens to me while I’m making other plans.”