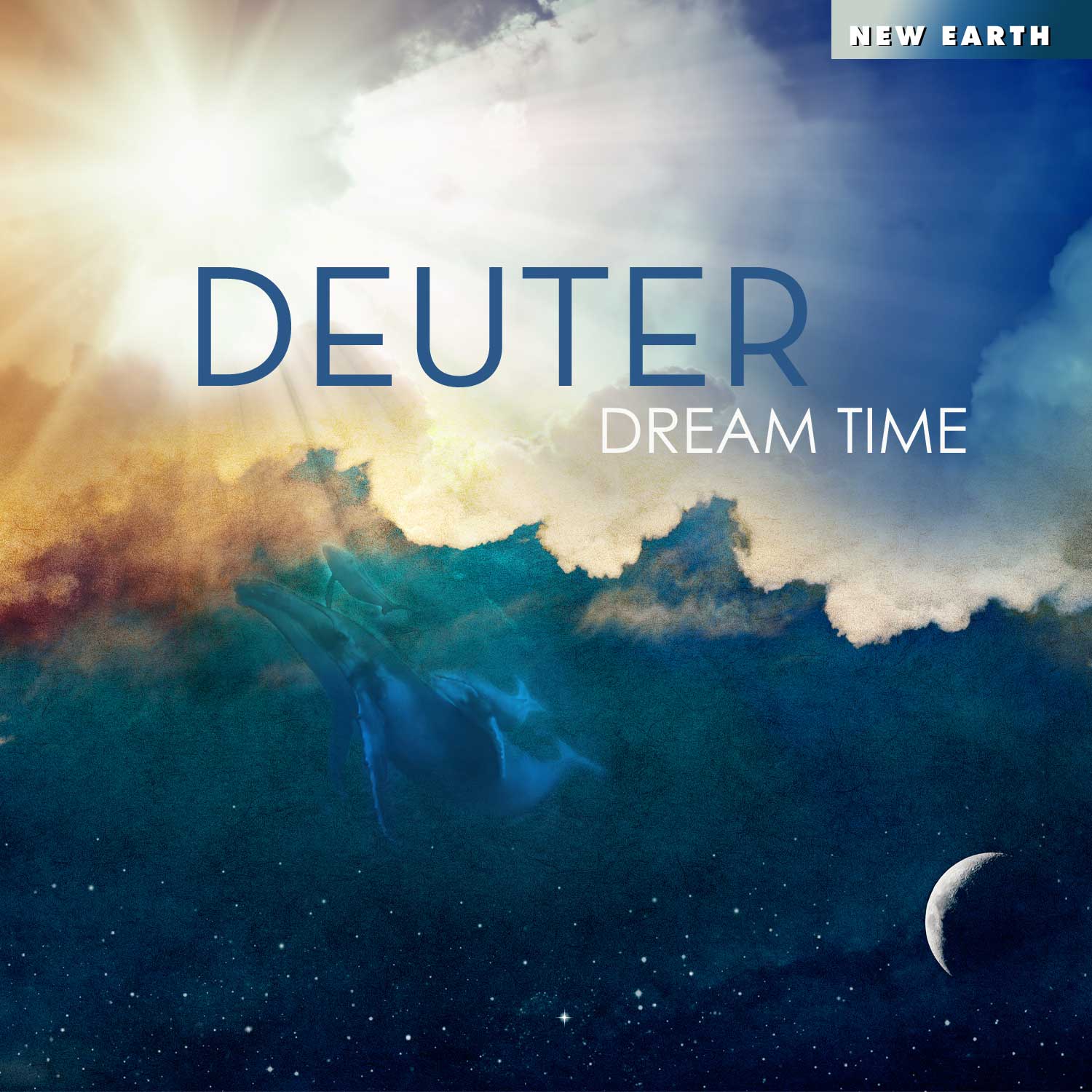 What I like the most about Deuter’s music is the feeling of peace and tranquility that it creates; you simply cannot feel stressed while listening to his music. This is also the case with his 2013 album Dream Time. When pressing play you suddenly have all the time in the world to relax, think and dream.

Dream Time is in many ways a typical Deuter album, though he has a surprise in store for us. On the first track, Harlequin & Pierrot, he plays banjo! That has not happened on a Deuter album before. It adds a nice touch to the song, and Deuter should definitely do this again. It is nice when artists don’t take themselves too seriously.

Soundtrack for a lazy day
Dream Time is not really meditation album. Here there are constant changes in sound and focus on melodies. It is more of a yoga album or a music for a lazy day on the sofa. The album reminds me of Deuter’s classic Terra magica: Planet of Light (1994).

The cover is interesting. It shows the sky with stars below, while the sea is in the middle and a sun is shining on top. Perhaps this an illustration of how dreams have their own logic? If you were wondering; there don’t seems to be a link to the Dream Time of the Australian Aboriginal mythology on this album.

After the opening with the banjo, we are taken on a journey with Shaman Flight and then into the sea with Moving Seagrass. Deuter’s flute is playful and ethereal at the same time – just the way we like it. The last track, Moonlight Pearls, is as beautiful as the title implies – with an interesting sounding main instrument.

Dream Time is simply put a great album. Deuter always delivers memorable music. It is like a good dream that you don’t want to get out of.