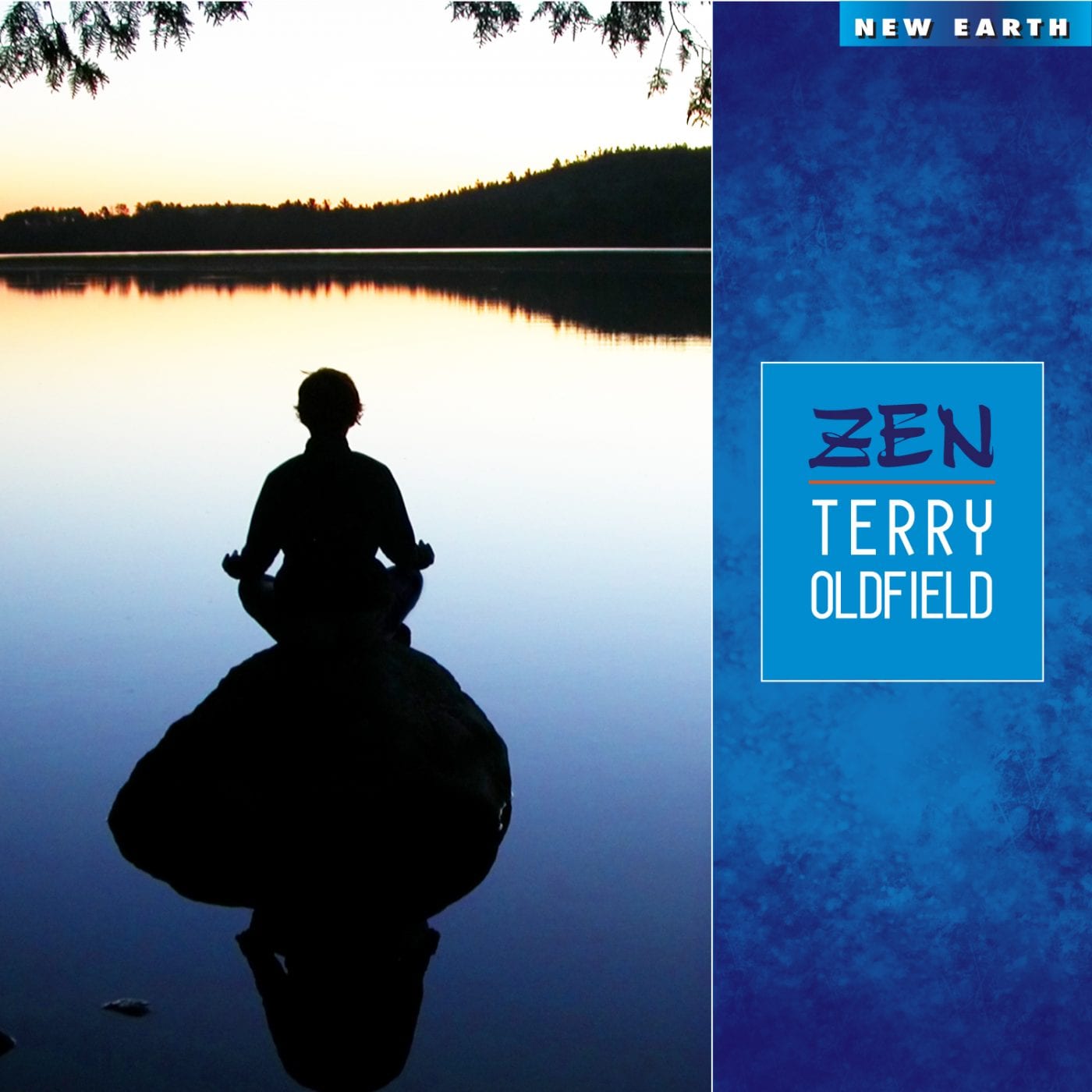 An accomplished and largely self-taught U.K. flautist, Terry Oldfield has been making soothing, healing New Age instrumental music for decades. Zen stands out as one of his most successfully realized efforts, plunging into bold but healing territory with Oldfield‚s soothing flute moving in and around sweeping cinematic orchestral passages, thunderous tribal frame drums, and ascending synths. Fans of music from 1980s science-fiction movies (like The Terminator) may find the vintage synthesizer buzz they’re looking for in the music’s dramatic swells and occasionally ominous cues, and those in search of a more peaceful vibe will appreciate the dark that makes the light all the more beautiful. Like the practice of Zen itself, Oldfield’s music lets go of the sunshine as well as the storm clouds, creating music as balanced as nature itself.
“Transcending Time and Space” is a good example of that science-fiction synth edge, delivering powerful string movements and an ascending octave melody while Oldfield’s flute skitters around the sidelines like a wise shaman who knows when to guide and when to hang back around his students’ dream journeys. Delving into an ambient Buddha-garden vibe for the stoic but lyrical beauty of “See the Trees, Smell the Blossoms,” Oldfield’s flute strolls through fountains and misty waterfalls, over beds of fertile chiming synths that evoke the otherworldly feel of the Chinese zither.
Stylistically, Oldfield covers a lot of ground while always staying true to his primal, soul-awakening sound palette. While ambient waterfalls, glittering chimes, and other soothing Zen-like touches abound, the use of tribal Japanese elements, like the booming echo of the frame drum, add an extra charge, reaching an eclipse of sorts in “Pointing to the Moon” which rolls along like cumulus clouds over a sunny plain full of darting birds and the snaking rivers of Oldfield’s healing flute.
Unlike some flute-based New Age music, Terry Oldfield’s Zen carries a sense of cinematic emotion thanks to an uninhibited use of ‚80s-style synthesizers and percussion, making the moments of stillness even lovelier, as if no one can truly appreciate the peace of a sunny afternoon without a little thunder in the distance. In this sense, Zen is a perfect disc for someone new to healing work, offering just enough drama to keep the conscious ego occupied while it balances the listener’s own scales of light and dark back to a pitch-perfect resonance.