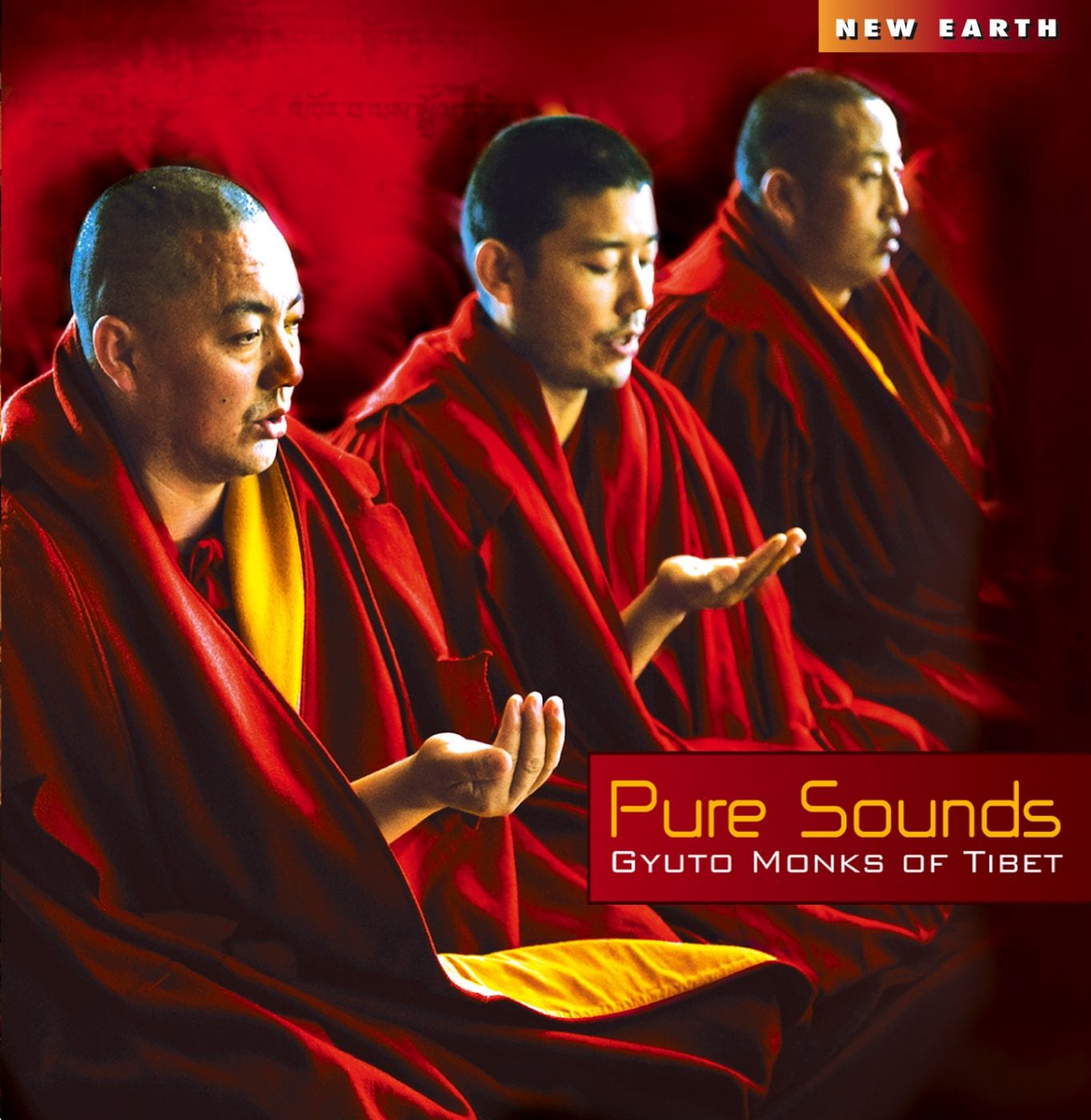 It’s strange to think about the music of the Gyuto Monks of Tibet being recorded and performed today. This Buddhist sect has been practicing the entrancing form of overtone-singing heard on Pure Sounds since the founding of the Gyuto monastery in the late 15th century, and the words they chant are even older. For music this age to survive both the effects of time and the political struggle that have kept the Tibetan Buddhists in exile in Dharamsala, India, for the past 50 years, it must have some special power. For those listeners who do not chant, the six Buddhist prayers on Pure Sounds retain an undeniable power. The four monks that chant on the album layer their froggy voices in undulating patterns that rattle and shake; it’s as if their voices flow straight from the center of the earth.

On opening track “Mahakala,” soloist Tenzin Jigme issues a stream of syllables that are concentrated around a single pitch. His voice is grainy and percussive, as he slides diphthongs and soft consonants and large breaths into a single, gravelly flow that changes tempo imperceptibly. Every now and then a ghostly overtone can be heard shadowing his pitch an octave below. Jigme continues his mesmerizing work for 23 minutes, but it could be two hours, or three days, or an eternity; the meditative work is bound not by time or space, but by the ancient spirit that imbues every utterance.

When Jigme is joined by his fellow monks, the effect of their massed drones is astounding. Four fundamental pitches, almost too low to be heard, rub against each other abrasively. They diffuse any semblance of melody across a roughshod surface. But that surface constantly shifts, like the scaly skin of some slow-moving beast. As single syllables stretch into lengthy diphthongs in dissonant harmony, words turn into texture. The pulsing vibrations that make up “Dalai Lama Long Life” submerge the ego of the single vocalist into the expanse of the collective. A heady air of spiritual sustenance lingers long after those ancient-sounding voices drop out and fall off during the track’s final seconds.