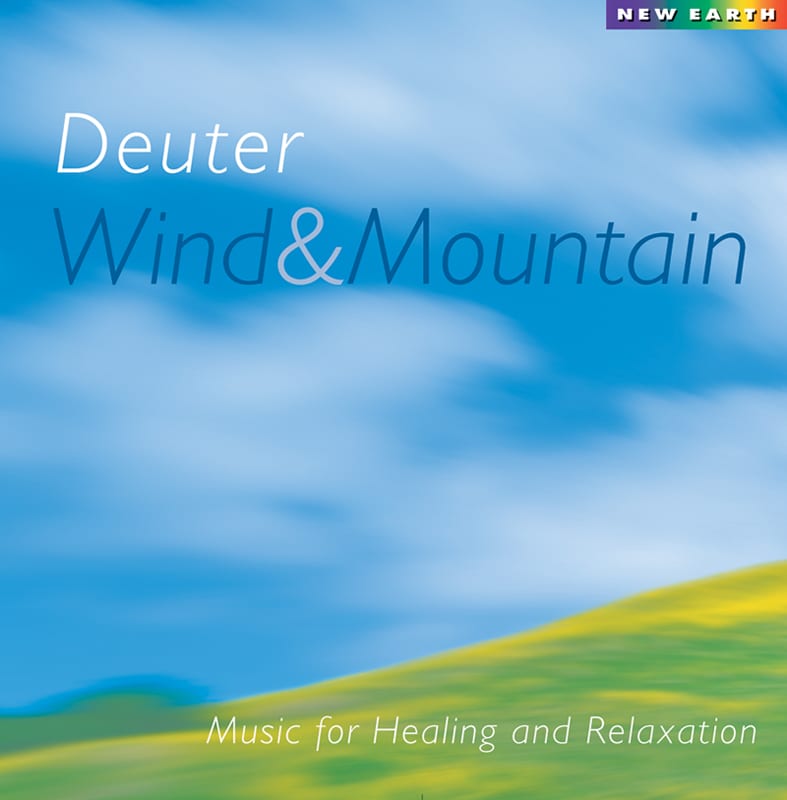 According to C.G. Deuter, the prolific musician and meditation master who composed, performed and produced Wind & Mountain, the purpose of his latest recording is to release tension and bring the two brain hemispheres into equilibrium with one another. To this end, he undercoats his mix of flute, piano and keyboard with alpha-wave frequencies, soft voices and sounds of nature.
Deuter’s extensive study of various cultures’ musical traditions in the six lighter-than-air compositions presented here. Asian, Indian, Native American and modern Western influences are combined to create a sound that transcends any particular region’s style.
The mastery of texture shown is indicative of the more than three decades Deuter has spent recording his distinctive type of relaxation music. For instance, the bells on the title track give the song a shimmering, translucent quality reminiscent of sunlight sparkling on water. The drum heard on the same song is used tastefully and sparingly enough to keep the mood tranquil while giving the music a sense of forward motion. The flute on “Silver Cloud” rests above the keyboards like morning mist on a still lake.
Deuter’s skills as a composer and performer of deeply calming music have long been an asset to practitioners of massage, healing hypnotherapy. This album makes a worthy and welcome addition to his expensive body of work.