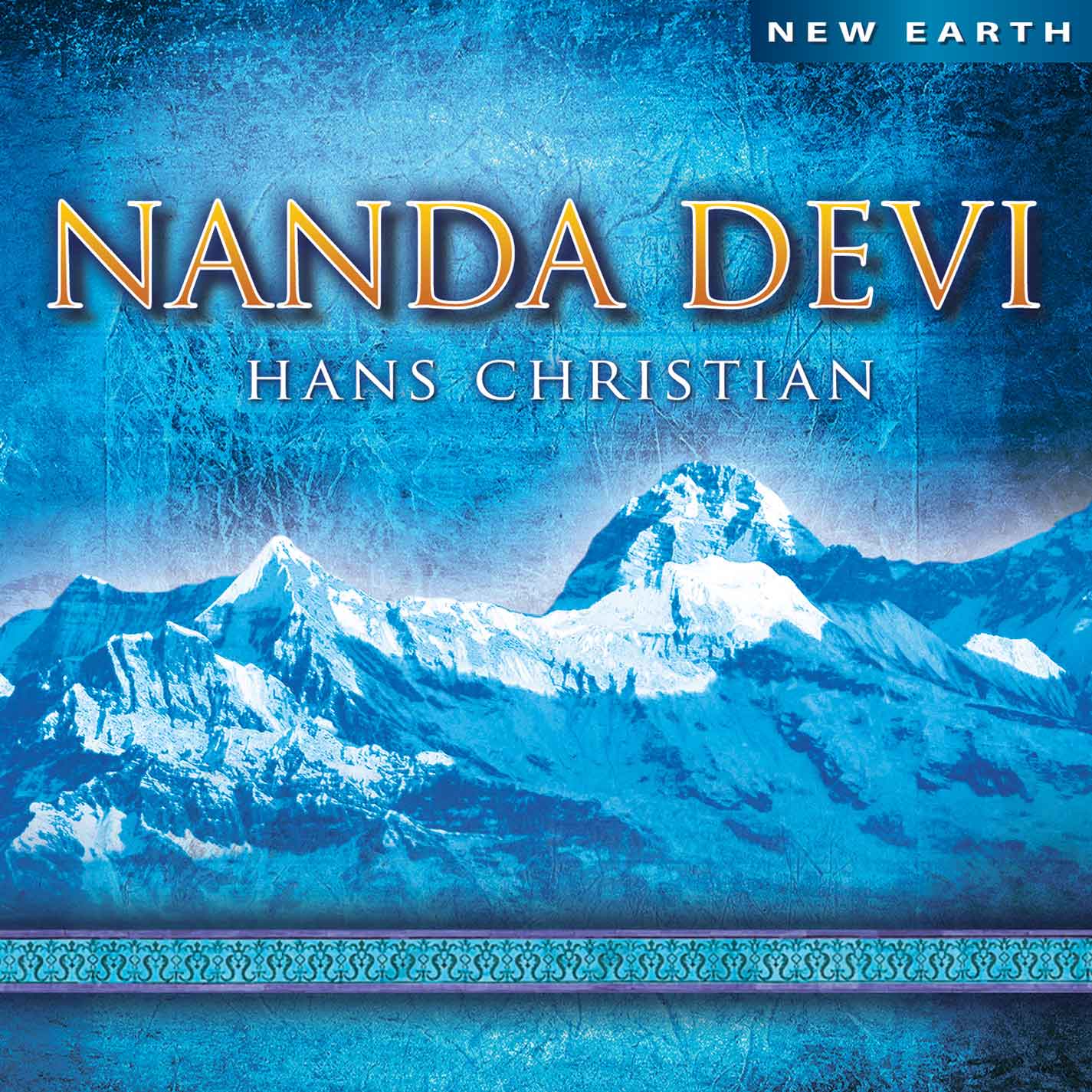 Hans Christian is literally a one-man band, proficient on many different instruments as he proves on his new album, Nanda Devi. Unlike some musicians who create the sound of many instruments using samplers and synthesizers and computers, Christian likes to get the real instrument, learn how to play it and record it for real. He started out originally as a classically-trained cellist, and then became a rock’n’roll bassist, so those are still his main instruments. But over the years he added not only various guitars, but a wide array of world-music instruments. For this album he tends to concentrate on ones from India (the sitara, the bowed sarangi, the swaramandala Indian autoharp, etc.) which makes sense since Nanda Devi is the name of one of the tallest mountains in India. An off-limits-to-people sacred place in a national reserve, Nanda Devi is a gorgeous peak that rises more than 21,000 feet above the “Valley of the Gori Ganga” next door (also the title of one of the tunes, by the way). Historical Note: The steep and difficult ascent of Nanda Devi necessitated 50 years of arduous exploration in search of a passage to the top and it was finally climbed in 1936 by a combined British-American expedition (and it remained the highest peak climbed by man until 1950).

Christian does an excellent job, especially by employing all those ethnic instruments, in capturing the spirituality, awe and wonder of such a grand natural setting. He likens the outdoor nature experience to anyone’s internal climb seeking the spiritual mountaintop. the music is fairly slow, somewhat soft and meditative, but there is some jamming interplay between instruments if you listen closely (dueling Western and Eastern string instruments going at it).