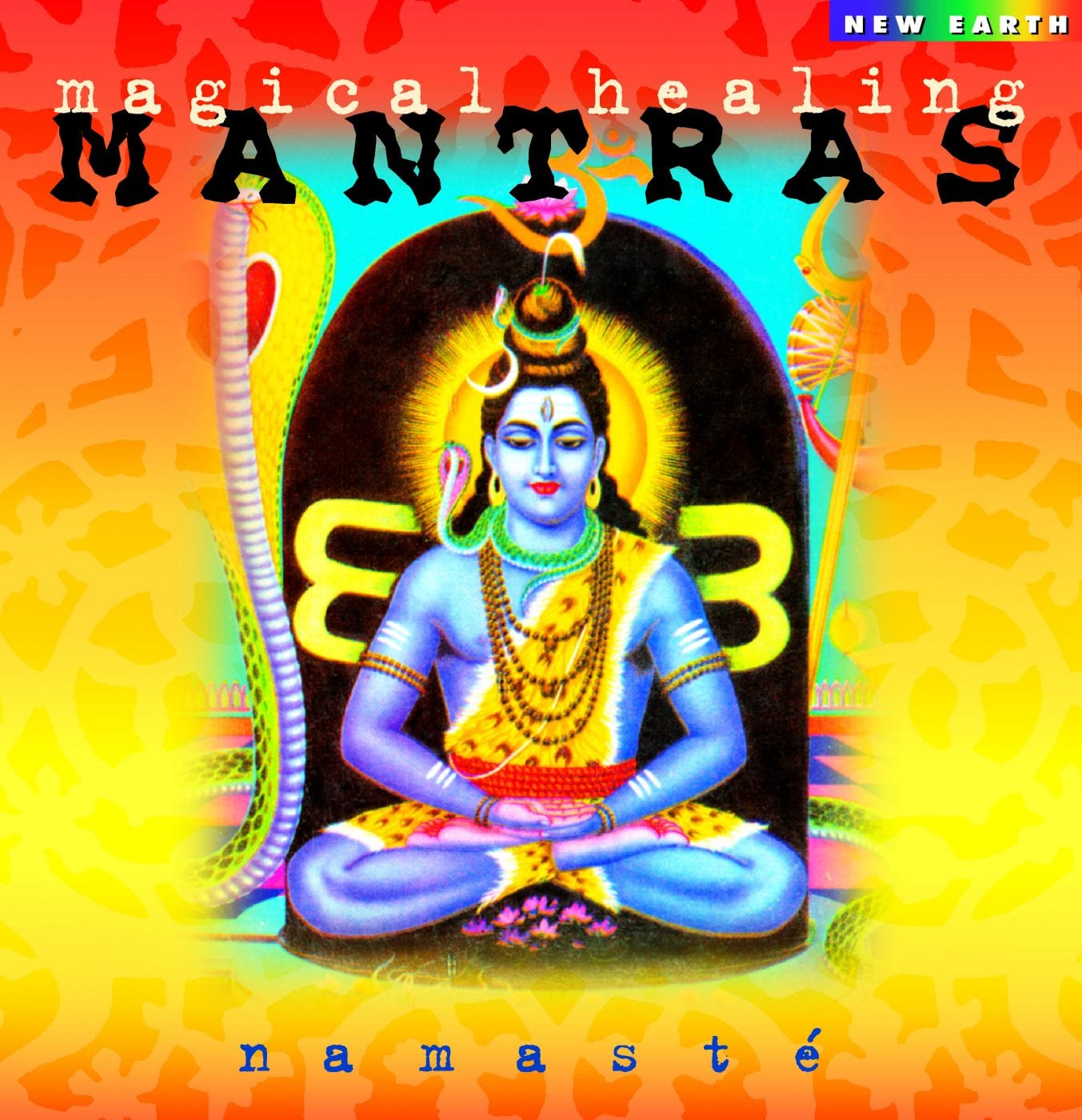 “The power of a verbalized mantra is in it’s vibration, which has a profound effect on the body. When a mantra is sung, as is intended, it becomes a chant. Chanting facilitates meditation because it opens the heart and quiets the mind. It is always devotional singing. The three most common kinds of chanting are: Kirtan, a repetitive call and response singing; bhajan, poems to god that are said to music and written by realized beings; and concert, which is like any other musical concert but the instruments are Indian and the words are often in Sanskrit.
New Earth Records Magical Healing Mantras by Namaste is a brilliant collection of seven mantras. Each mantra is recorded five to ten minutes in length. Twenty two vocalists accompany seven instrumental musicians. Guitars, flutes, sitars, tablas and a tarang are the instruments used to create a memorable Eastern and Western fusion sound that is, at once, exotic and familiar. The sound of the voices and the instrumental music flow together like the current of a river opening into the sea. The singers maintain a beautiful and sometimes haunting clarity while harmonizing seamlessly with the instrumental music. Though the lyrics are in sanskrit, the music cannot be defined or even characterized by any one culture. It is a true collaboration of individuals consciously choosing to unite as an eclectic group to serve a single intent.
The most important information to remember is that whether you choose to sing along or simply listen, the inherent healing power released by these mantras is unconditional and highly contagious.”