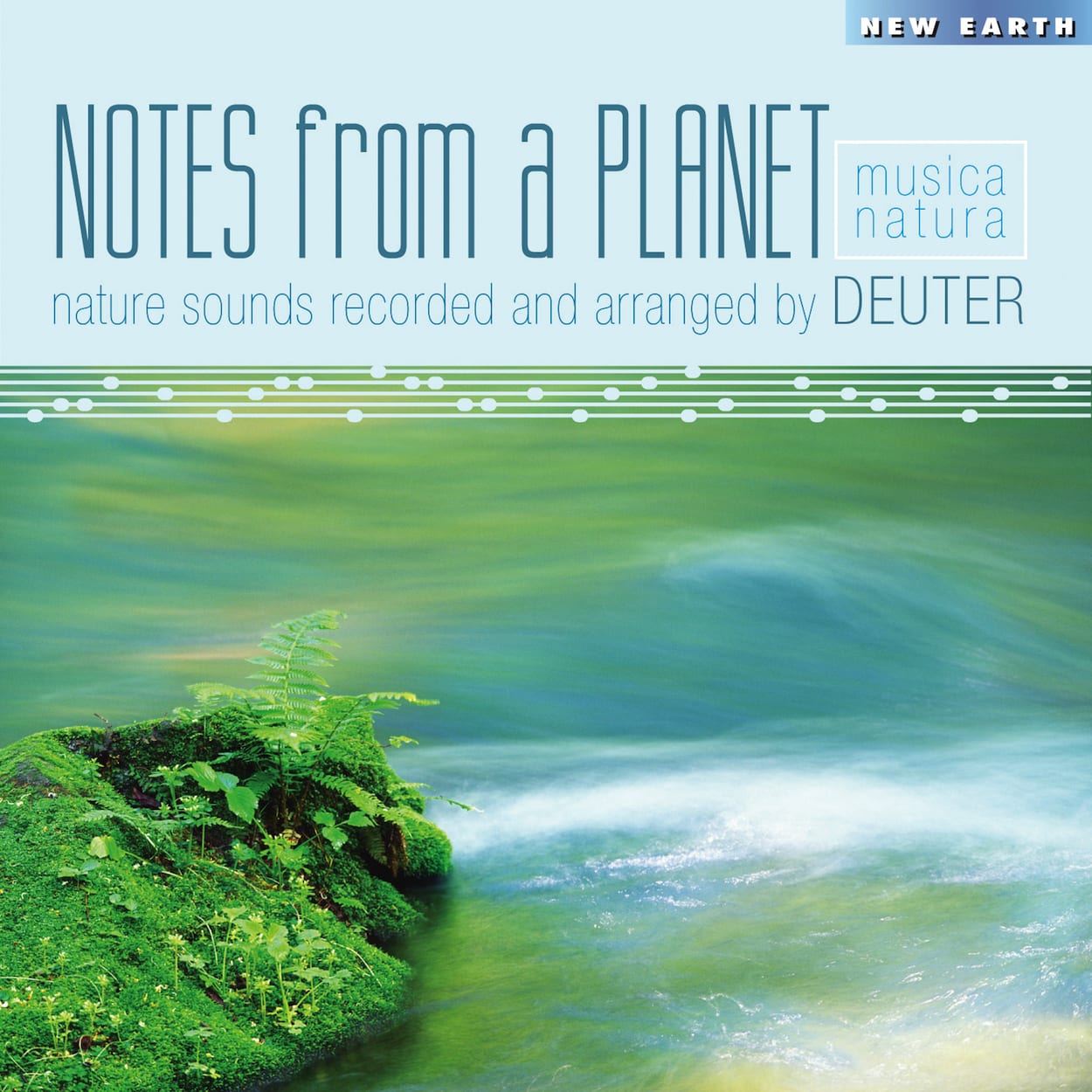 I wanted to include this esoteric release because I just had to honor the Earth and I found this album not only inspiring but unique and different.
From New Earth Records, this album consists of three tracks that each reproduce the sounds of a forest, a meadow and water. Each track ranges from ten to thirty minutes in length and the music here is just simply the sounds of our beloved planet.
C.G. Deuter is a conceptual recording artist and at first many people might find that there is “no music” on this album. But, actually there is. The music is the sound of the wind, the birds, the crickets and the leaves. Basically the album was produced by Deuter taking walks out into nature with a sound recorder and finding a beautiful quiet spot and recording what he heard. To Deuter, the Earth is a living being who creates a music of her own based on the natural rhythms of the greater life of which we are all a part.
Deuter notes that the sounds of birds, water and wind are often no longer perceived consciously. “We have become so accustomed to them, they have faded into oblivion, or they are covered up by man-made noises.” By attending to the spirit and soul of the planet, Deuter has presented an authentic production that has a variety of applications which would be left up to the listener. I could see this imaginal album being used for meditation, or as an ambient record for healing environments or even just for the listening pleasure of hearing God’s voice through our environment.
At a time when the Earth is being overwhelmed with interference and conflict, this album just plain struck me as a gift when I didn’t know what to expect from it. I highly recommend this release from New Earth records as a unique addition to your collection of spiritually-themed albums.