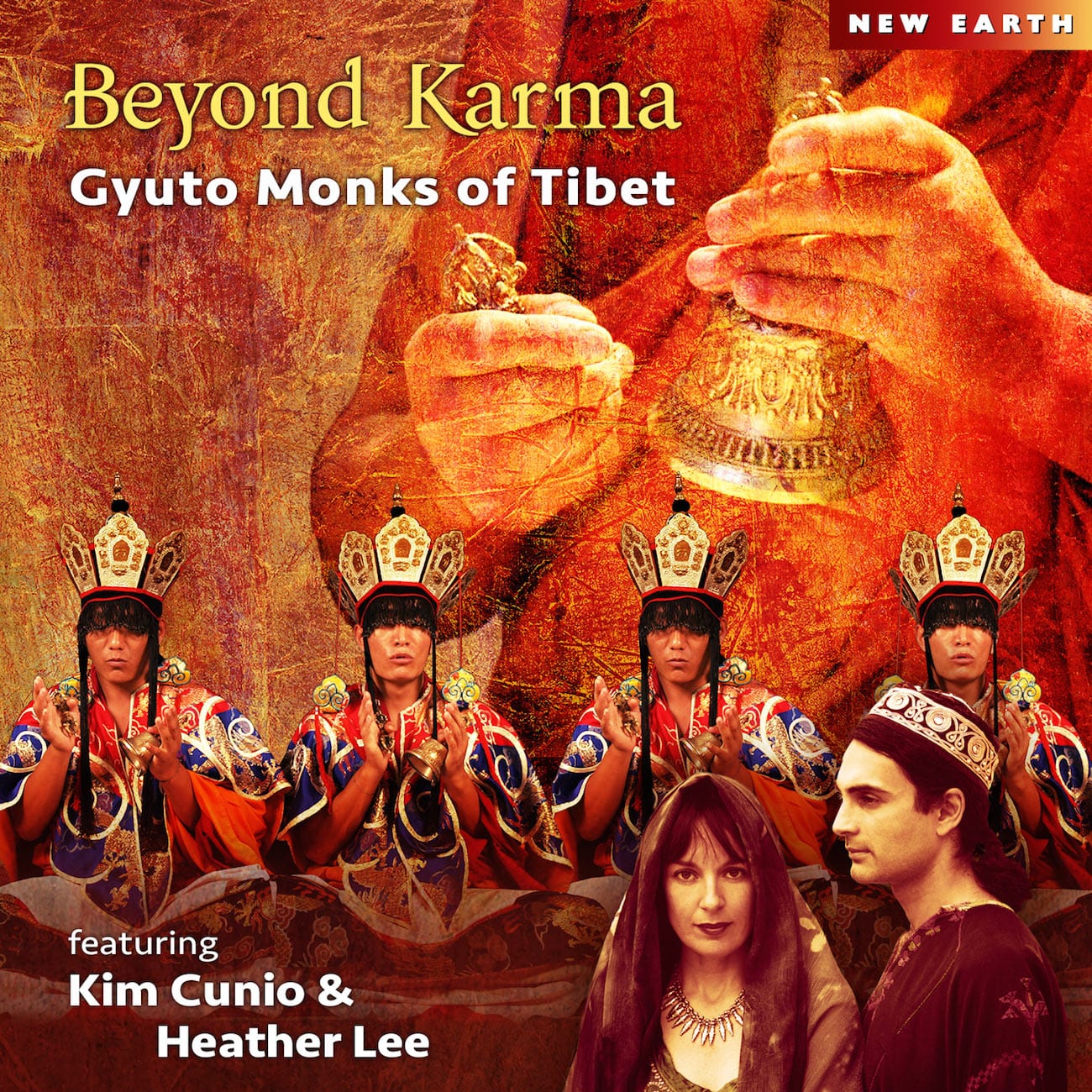 What a cool concept! Take the world-famous chant group Gyuto Monks of Tibet and mix them together with a female soprano vocalist (Heather Lee) singing octaves above the monks using lyrics and newly-composed music from Judaism, Christianity and Islamic traditions. Dr. Kim Cunio, a renowned Australian musicologist who specializes in sacred music from around the world, puts it all in a musical-blender and out comes a world music feast — some didgeridoo from Australia here, some piano or real strings there. You also will hear a variety of instruments from the Mid-East and India including tanpura, santour, harmonium, joza, wooden flute and oud.

The juxtaposition between the all-male monks doing froggy-voice tantric chanting in a low, low vocal range and a female singer soaring high above in a different language starts on the first tune, the title track (“Beyond Karma”), and reappears several other places on the album. But there is so much more. “Karma Burning” (what a title!), the second piece, features didgeridoo with one lone monk chanter. The third tune is just Heather singing Latin lyrics written 500 years ago by Hildegard von Bingen. “Unity of Life” is a 14-and-a-half-minute extravaganza with all kinds of male and female singing plus chanting, high flute, the oud and other instruments, cathedral-like vocals, drones and more! “On The Path” is mostly an instrumental with violin, viola and cello. “As the Sun Sets” is a solo piano piece with rippling chords. “The Suffering of the World” includes a children’s choir. The album ends with a single monk chanting a short, personal prayer. And there are other tunes as well. This album is a work of art that must be experienced in its entirety to be able to grasp the grand scope and sweep of the project. And it proves that these monks from their high mountaintop are not stick-in-the-muds, but caring, open modern-day human beings willing to embrace new sounds and other cultures without forsaking their beliefs and lifestyle. Give them major props, kudos and bonus points for that. Welcome to the world.”