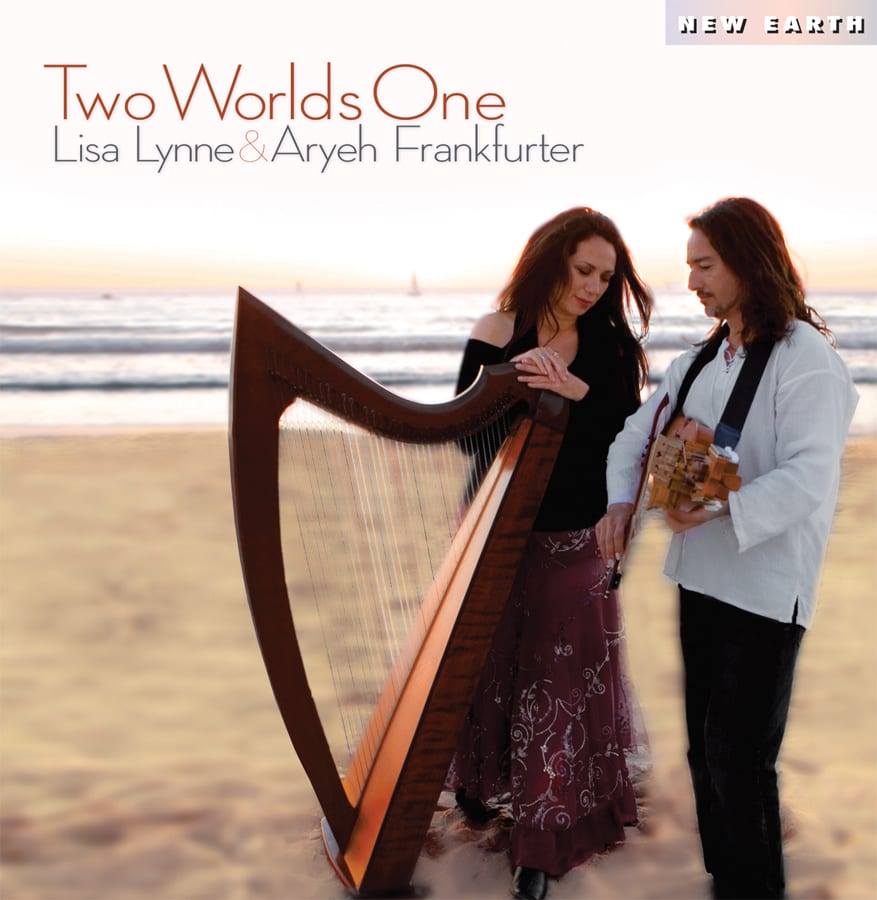 Lisa Lynne and Aryeh Frankfurter are acclaimed New Age/world musicians. She’s a master of the Celtic harp, and her instrument’s mournful tonality perfectly matches Frankfurter’s subdued and work on the Swedish nyckelharpa, (a 16-string instrument that’s been a Swedish musical mainstay for 600 years). Some touches of flute, tin whistle, and synthesizer add effect, but overall this is just a simple, beautiful study in acoustic string instruments: two harps in an interwoven harmony that straddles the boundary between Celtic and classical. Just the sort of thing to hear while running down castle stairs in flowing white robes, Two Worlds One has courtly elegance and regal pomp to temper its moments of adventurous spirit and enough heart and hope to lighten the occasional wanderings into melancholy, while still reaching right into your heart to melt the ice around the jewels therein. You may not even have thought there was ice in there, but this pair of entrained harpists w! ill find it, and they’ll melt it with a few small melodic movements.

“Aran Boat Song” opens the album, conjuring up the moody waters of that remote Scottish island and touching on some of the same melodic progressions as the Christmas classic “Silent Night.” Flutters of Irish flute dot the horizon in the melancholy romanticism of “Gone Away,” adding a hint of windswept longing to the more genteel and classical aspects. Elsewhere there are spirited folk-dance motifs and flowing moments of transient bliss with Lynne’s Celtic harp cascading along gentle melodic structures that counterpoint brilliantly with the otherworldly, timeless sound of the nyckelharpe.

The talent and technical finesse of both these artists is so supreme that when first hearing the interwoven textures of a track like “Reverie,” it’s easy to hear all sorts of extra instruments that may not even be there. The 16 strings of the nyckelharpe resemble the Indian sitar in their ability to sound like separate instruments at the same time: high strings echoing flat like piano, middle strings have a zither or even mandolin feel, and the low strings intermingle wistfully with Lynne’s harp. Tasteful and restrained yet unabashedly romantic at the same time, Two Worlds One is the perfect album with which to lure a potential lover home to tea. The elegant, courtly feeling makes it all so respectable that when it gradually gives way to something akin to uninhibited passion the rest is up to you.