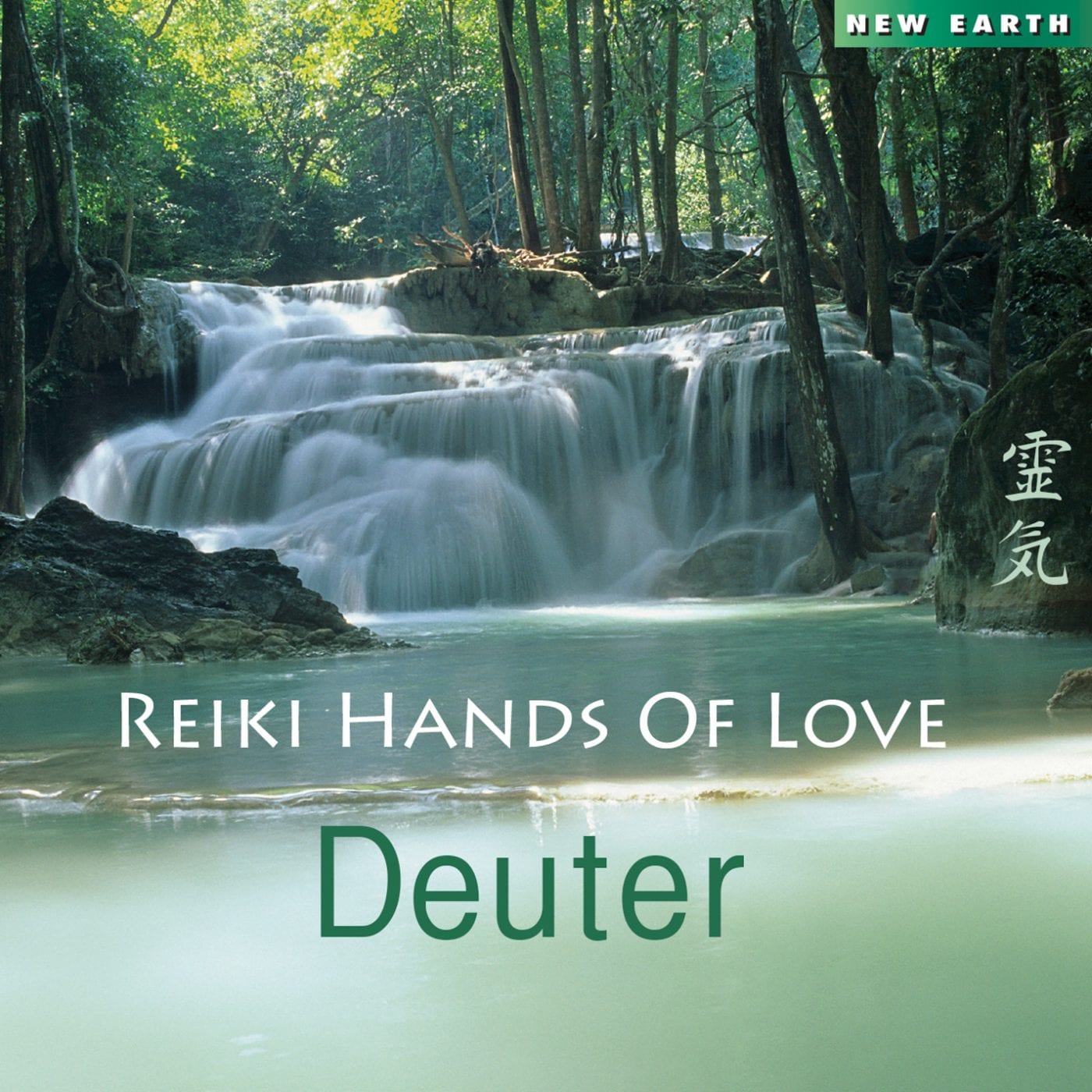 Deuter is the seminal new age musician. Also a Reiki practitioner, Deuter has followed up his popular Reiki Hands of Light album with a new recording, Reiki Hands of Love. The album is inspired by the loving and healing aspects of touch, and created to be both an enjoyable listening experience and the perfect backdrop for relaxation, massage, healing or meditation.

Deuter is one of the founding fathers of new age music with his first album release in 1971 and more than 60 recorded albums since. The majority of his works are intended to accompany, in addition to Reiki, various healing and spiritual practices such as yoga, meditation, dreaming and massage. Deuter lives and works in the mountains of Santa Fe, New Mexico, where he records the contemplative, healing music he has become renowned for. Through feeling, awareness and experience, as well as constant inspiration from the natural world around him, he creates music that transports the listener to a space of peacefulness and well-being. He continues to learn and master an ever-expanding array of instruments including piano, various keyboards and synthesizers, guitars, shakuhachi flute, cello, koto, sitar, tabla, Turkish sasz, Persian tar, santoor, bazuki, Tibetan singing bowls, chimes, drums, ethnic percussion and more.

“As human beings, we have endless possibilities to share,” explains Deuter. “One of those possibilities is the healing and caring that can be expressed through our hands. The magic of love, the power of love, and the healing energy of love are expressed in a touch. The loving touch of the human hand gives us the feeling of being cared for, the awareness of being appreciated, and the feeling of being secure and loved. Reiki Hands of Love is music designed to gently help this process by being a friendly energy in the background. It is a harmonious flow of sounds and melodies, compassionately supporting the acts of calming and healing.”

Reiki Hands of Love and many of his other albums can be found as CDs in music stores and new age lifestyle shops across the United States as well as online, while digital downloads of his music are available at all the major internet stores such as iTunes and Amazon. For more information about Deuter and his recordings, go to NewEarthRecords.com or DeuterMusic.com.

Reiki Hands of Love contains nine tunes, sometimes melodic and other times floating-ambient, ranging from lovely piano-and-synth pieces (“Morning Light Silhouettes” and “Morning Light Silhouettes 2”) to the piano-flute-and-wordless-vocals song “Still Stones of Silence.” The more than nine-minute “Hands of Love” starts with slow synth and sparse piano until halfway through when flute and violin solos appear. Acoustic guitar and wood flute are featured on “Love’s Winged Messenger.” More wordless vocals, including a choir, color the very soft and slow “Unknown Doors.” On “Deeper Than the Sky” the piano sound leans toward a spinet or harpsichord, while on “Free Forever” an electric piano makes an appearance.

Although the music serves as a high-quality listening experience for anyone who enjoys mostly-instrumental new age music, it goes deeper by providing an ideal backdrop for any sort of healing treatment or exercise, especially Reiki (pronounced RAY-key). Reiki is a Japanese technique for stress reduction and relaxation that also promotes healing. It is administered by “laying on hands” and is based on the idea that an unseen “life force energy” flows through us and is what causes us to be alive. The word Reiki is made of two Japanese words — Rei which means “God’s Wisdom or the Higher Power” and Ki which is “life force energy.” So Reiki represents “spiritually guided life force energy.” Reiki treats the whole person including body, emotions, mind and spirit creating many beneficial effects that include relaxation and feelings of peace, security and well-being.

While Reiki is spiritual in nature, it is not a religion. It has no dogma and is not dependent on belief to work. The founder of this system of natural healing, Mikao Usui (1865-1926), recommended that anyone benefiting from Reiki also practice certain simple ethical “Ideals,” which are nearly universal across all cultures, to promote peace and harmony. The Ideals were developed to add spiritual balance to the physical healing and to help people realize that healing the spirit by consciously deciding to improve oneself is also an important part of the Reiki experience. The Ideals are both guidelines for living a gracious life and virtues worthy of practice for their inherent value. They include “the secret art of inviting happiness,” “just for today, do not anger,” “do not worry and be filled with gratitude,” “devote yourself to your work,” “be kind to people” and “pray these words to your heart.”

Born in Falkenhagen, Germany, Deuter (pronounced doy-tur) taught himself the guitar, flute, harmonica and “just about every instrument I could get my hands on.” His first album release in 1971, titled D, also marked the beginning of Deuter’s spiritual and musical journey, that helped define the emerging genre of music known as new age. Deuter experimented early on with combining acoustic and electronic elements with ethnic instrumentation and nature sounds, such as whale and bird songs, ocean waves, wind in the trees, and more.

During the 1970s and 1980s Deuter, after travelling extensively in Asia in search of spiritual and creative inspiration, and settled for a long time in Pune, India, for spiritual study. While there he produced a series of music tapes to be used in “active meditations,” in which he merged Indian classical motifs, fiery drums, loops, synthesisers, bells and pastoral acoustic passages. In the early 1990s he relocated to Santa Fe, New Mexico where he signed with New Earth Records and furthered his ascension into the top ranks of new age musicians worldwide.

Deuter creates his music in his home studio hidden deep in the New Mexico forest that he shares with birds, deer, bears, roadrunners, snakes and coyotes. The sound of wind chimes and bees fill the air because Deuter also is a beekeeper. Between studio sessions, he spends his time reshaping his pond or crafting zen-like furniture in his workshop. Deuter describes himself as a hermit/monk/wolf living in the wild and enjoying it, staying close to nature. He designed his house using the principles of Feng Shui. The studio, with its large windows and views of the forest, is both a sanctuary and a laboratory for music-making that includes instruments from all over the world.

Year after year one thing the world of new age music can count on is that Deuter will release one or more new albums that will rank with the best the genre has to offer. The music might be powerfully energetic on one release, and then quiet and meditative on the next, but it always makes for a pleasure-filled listening experience while assisting the listener in other ways such as relaxation, healing, balancing, meditation, mental positiveness or life therapy. Over the decades Deuter’s music has been described as texture-filled, atmospheric, tranquil, reassuring, comforting, gentle, enchanting, hauntingly lovely, warm, reflective, serene, loving and peaceful. This tradition continues with his new release Reiki Hands of Love.