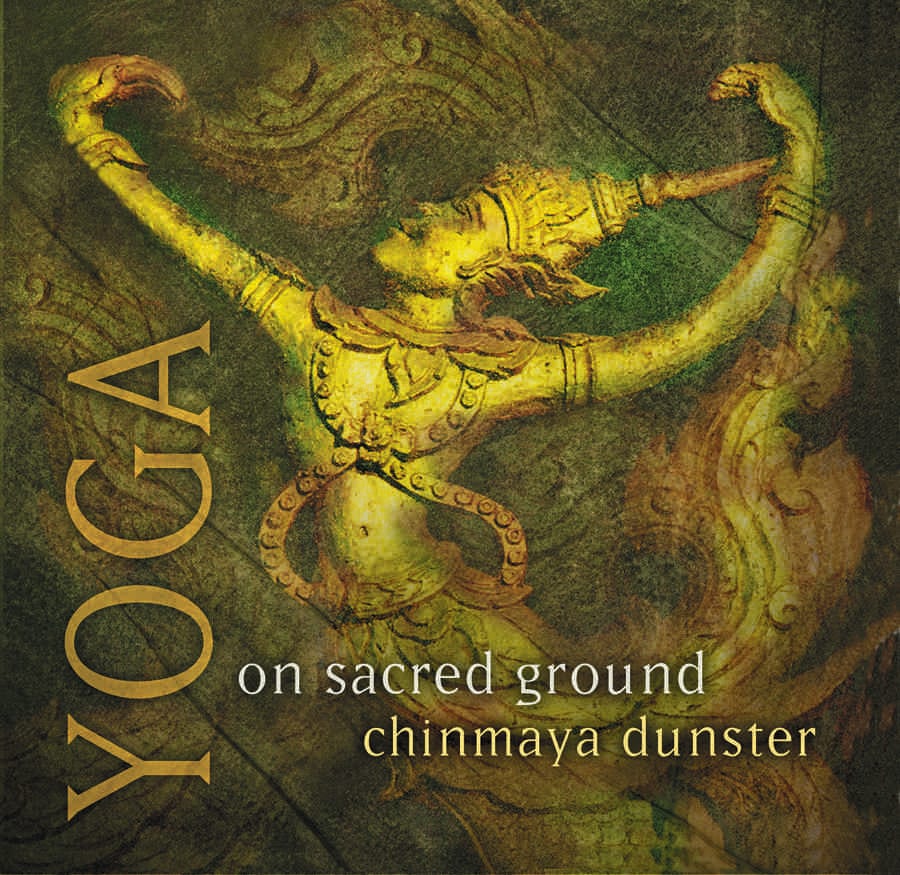 Don’t let the title of this album fool you. While the scope and sensitivity of Dunster’s journey through the seven chakras will certainly appeal to yoga practitioners, Yoga on Sacred Ground travels much further than its name implies. This is not just music for practicing yoga. This is music you can live by in the fullest sense.
Chinmaya Dunster is a magician on the sarod and as a composer. So often, we hear music that attempts to fuse the Eastern tradition with Western sensibilities and end up with something that lessens both. Dunster knows what he’s doing. He has gone inside the music of India, extracted its essence, and invested his work with spirit and passion in a way that touches the heart of our own experience.
The music is by turns vibrant, plaintive, pulsing with energy, and contemplative. The first track, “Natrani (Queen of the Dance),” combines a feminine Indian raga, warmly performed on sarod, with the gypsy flair of Spanish lute. This track leaps up and dances, whirls, shouts, makes life happen. Sarod and guitar share a sublime and subtle musical dialogue in “On Sacred Ground,” a theme which is echoed in a major key in “Ha-Tha.” The mysterious “The Watcher” shimmers with rhythmic and tonal complexities, played in a minor-keyed Indian scale, and contrasts sweetly with the light-hearted joyfulness of the final track.
This is Dunster’s third album on the New Earth label. If you’ve not yet experienced his musical genius, Yoga on Sacred Ground is a great place to start.