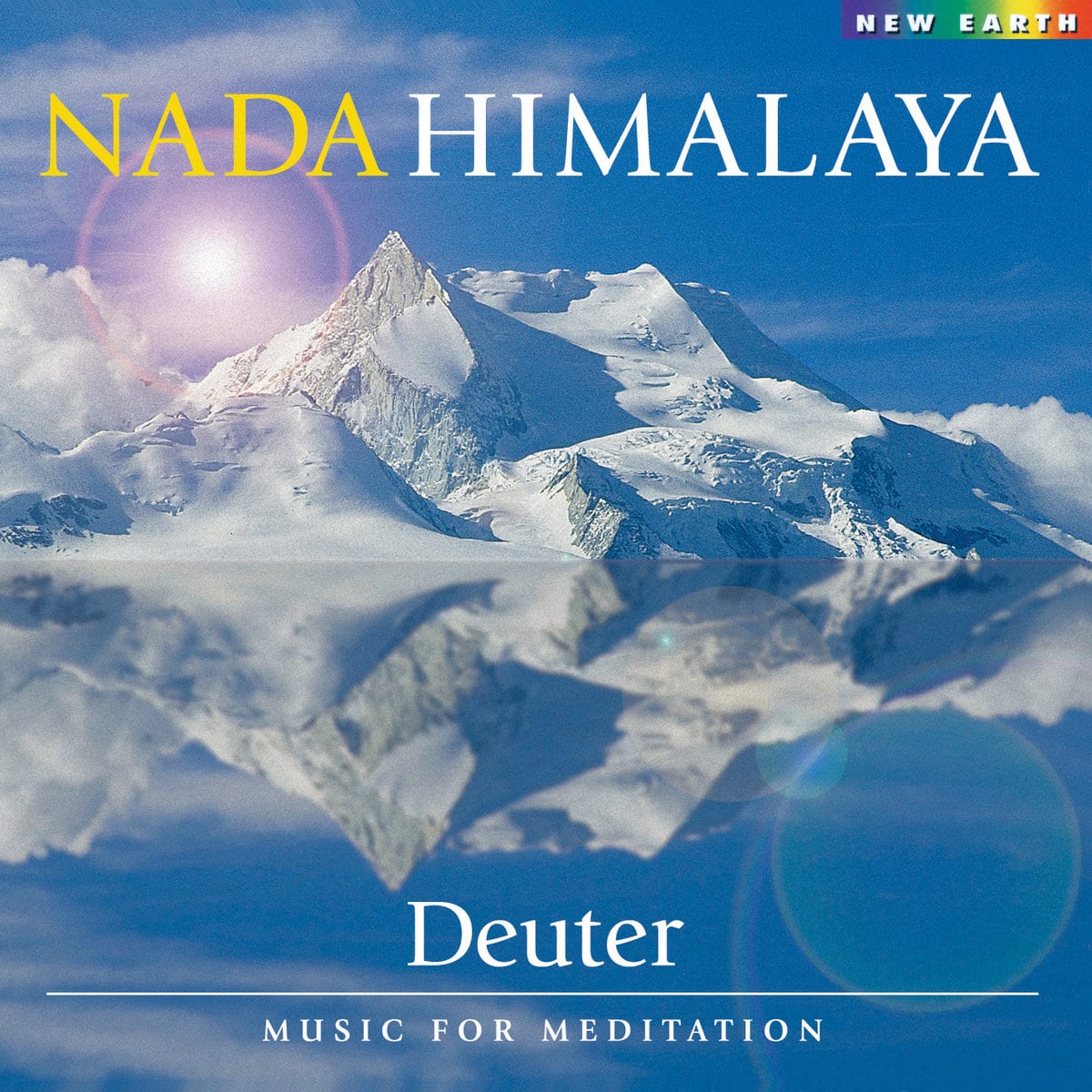 Deuter is one of those electronic wizards who came out of the European wave of keyboard geniuses of the 70s. Also from that European school (to name but a few) were Tangerine Dream, Brian Eno, and David Bedford, as well as an arsenal of performers on the groundbreaking ECM label. The ECM stable of artists, such as Terje Rypdal and Keith Jarrett, combined elements of very structured classical form with jazz chord progressions: lots of 7th, 9th, 11th, and 13th notes, which create tension and a very modern sound. This new-sounding music was amazing! It was so foreign to the ears. I can remember listening to the very first Philip Glass album. It was this repetitive wall o’ sound, with ever- so-slight changes, that went on forever with lots and lots of noisy, harsh horns. Tangerine Dream created some of the most disturbing yet captivating music ever. Eno’s icy cold Ambient series was a huge commercial success. These early spacemen paved the road for the awesome ‘Hearts of Space’ radio show, which later gave rise to the wildly successful Hearts of Space label now based in San Francisco.
What were these electronic pioneers trying to say? Well, the music was certainly innovative, compelling, and provocative, but it was cold! All intellect and no emotion, it was totally left-brain heavy. There was little heart, little warmth, little humanity.
Enter now Mr. C. G. Deuter. A keyboard maven, yes. An electronic master, you bet, but he was on a mission: to give electronic/space/ambient/new age music its emotional depth. Deuter began to explore the world of harmonics (the overtone series heard when a note is played.) Magic happens when that single note is allowed to reverberate and roam free. A whole world of sound comes into play. Simplicity in its most complex form.
Finally, the wave of icy, intellectual New Age music began to give way to a simpler, more harmonically accessible sound. Deuter was at the forefront of the meditation movement, music as a healing force. From the liner notes of Nada Himalaya: ‘Each new Deuter album confirms that this man is not only the founder of modern meditation music (which has meanwhile conferred so many mixed blessings!), he remains its master.’
Can a bell, a bowl, a chime, and a stream be an interesting musical ensemble? Again, from the notes: ‘In ten years of traveling and living in Asia, I have gathered a collection of fine Tibetan bells and bowls. All have been handpicked and come from a Tibetan monastery; one was a gift from a Tibetan lame who touched my heart with his big laugh. One was a present from a spiritual master, Osho, who gave it to me for healing purposes.’
These pure, powerful tones resonate at the cellular level. This is the kind of healing force that can alter consciousness in a moment. Deuter chose bells, bowls, and chimes that are in perfect harmony with one another. ‘And this is what these sounds are doing, they want to help and heal you from the inside out. All the energies from people of different times who made these bells, and all my 25 years’ experience of making music and listening to the silent music within are in these recordings.’ If you want an album in which to get completely lost, this is it. In Deuter’s own words: “Use this music as an active meditation, listen to the music, feel how the sounds resonate in your system, humming gently with it.” Some albums make demands on listeners. This music asks nothing; it only offers, gently. I, in turn, offer it as the title of The New Times album of the month for March. – Pat Gallagher