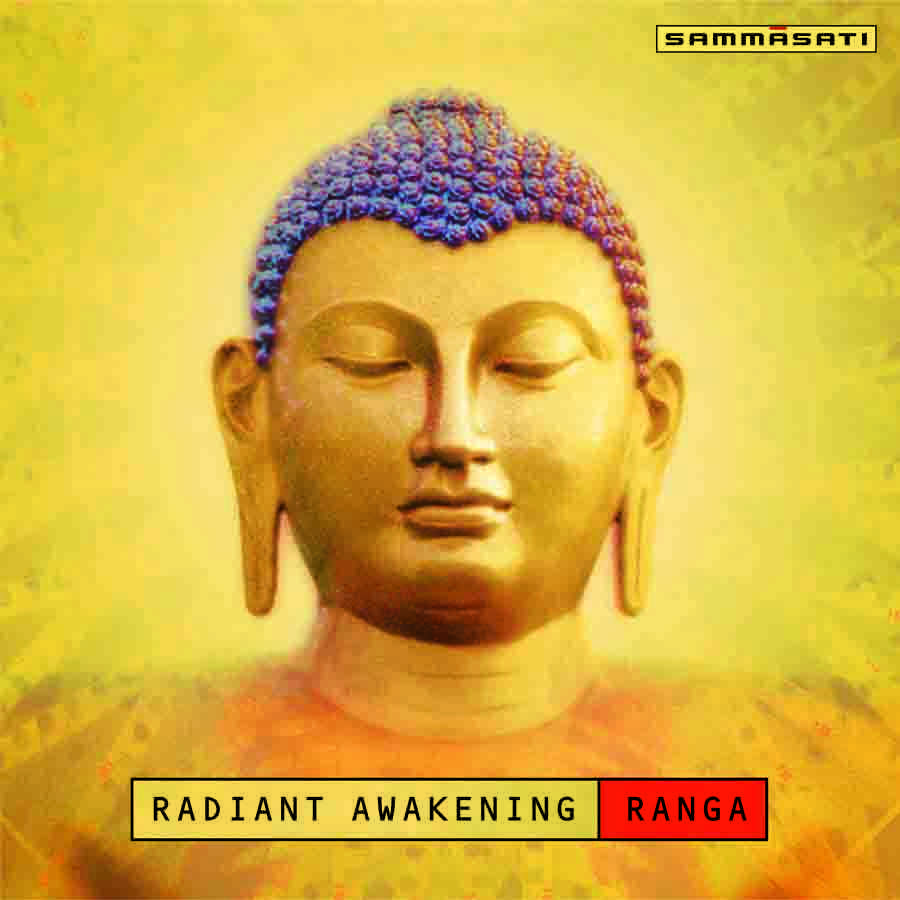 When a Dutchman who specializes in Indian rhythms & percussion (Ted de Jong) joins forces with a pianist/keyboardist who adores India’s traditional music (Coen Helfenrath), the result is a unit named Ranga. Bring in Lenneke Van Staalen on violin, with studies in Europe as well as in India, and you have a wonderful trio whose music avoids typified, canned ‘ethnic’ formulas. The highlight of the three musicians’ collaboration is the almost fifteen-minute long composition entitled ‘Tifanny’s Party,’ in which a central motif played by the piano is repeatedly played, as percussion joins in bit by bit, then after a while the violin doubles the central melody, putting the listener into a trance. The choral voices towards the finale of the composition add an air of grandeur with the final result resembling something of a cross between the minimalism of Steve Reich and the New Age aesthetic of California’s Robert Rich. ‘Radiant Awakening’ is an amazing album, rich in ideas and simple in conception, and should be appreciated by both the fans of chill-out electronica as well as world music afficionados.