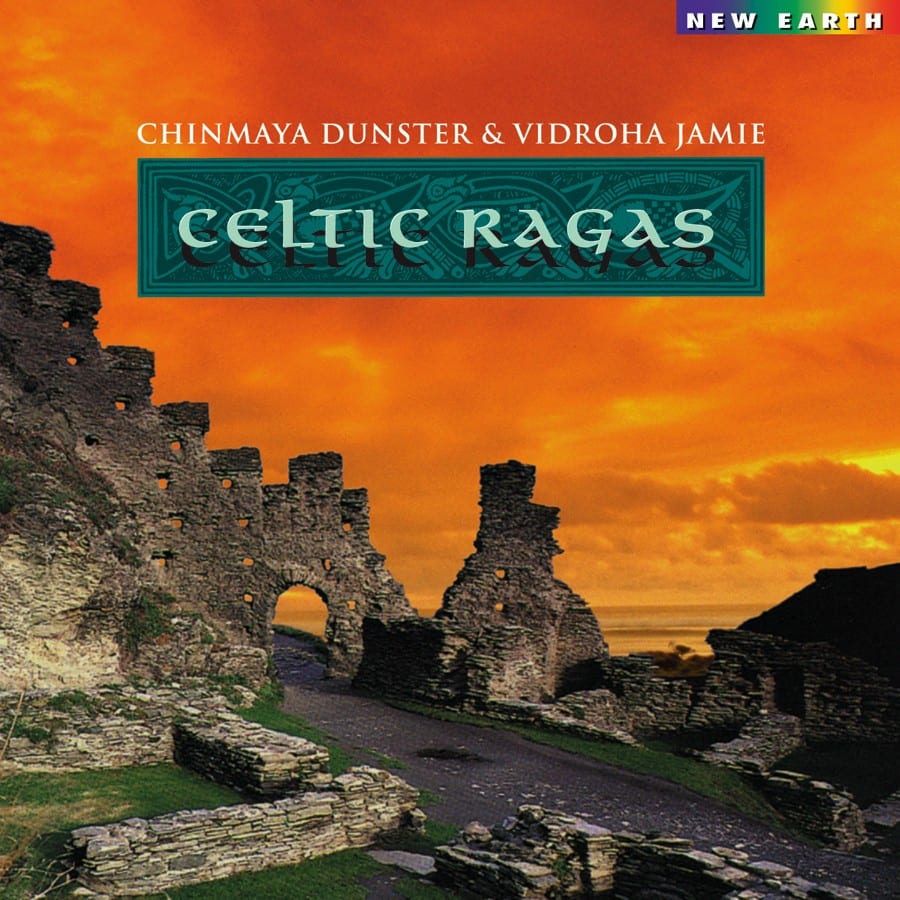 Just the title of the CD is enough to get the attention of the musically curious and, happily, musicians Chinmaya Dunster and Vidroha Jamie deliver the goods on Celtic Ragas.

British-born Dunster plays the sarod, a classical Indian fretless stringed instrument, as well as guitar on two tracks, and Jamie plays guitars. They are joined by Manish Vyas (tablas), Jerry Demos (drums), Sangit Om (a.k.a. S. Petersilge) (bamboo flute on ‘Mists of Ruantallain’), Friedmar Hitzer (violin), Don. V. Lax (violin on ‘Tara’), Naman (a.k.a. M. Leuschner) (trumpet), Douglas White (bass), Henrik Gumos (hand percussion) and Shastro (hand percussion on ‘At the Edge of the Known World’ and ‘Tara,’ soprano recorder and keyboard bass on “Tara”). Dunster and Jamie collaborated on all the tracks except for ‘Dunster’ (Jamie) and ‘At the Edge of the Known World’ and ‘Tara’ (Dunster).

The eclectic mix of musicians produces a CD of smooth, soothing instrumental music that also provides an intellectual challenge. This is not Celtic music with overtones of Indian music, and it isn’t Indian music with Celtic flair. Dunster and Jamie have blended the two into something else entirely. The twang of the sarod accents with the softer guitars, and the tablas and other percussion, sharper than the sound of a bodhran, add an exotic rhythm under the music.

All nine tracks are lovely to listen to, and the music commands more scrutiny than ambient music. Listening as I type, I find myself pausing to pay attention to the interplay of instruments. It’s relaxing meditative music, but not soporific. Rather, it evokes authentic emotions in the listener and is uplifting and inspiring.

This is a wholly unique CD. It’s well worth the time and money of anyone who appreciates new and eclectic approaches to music.