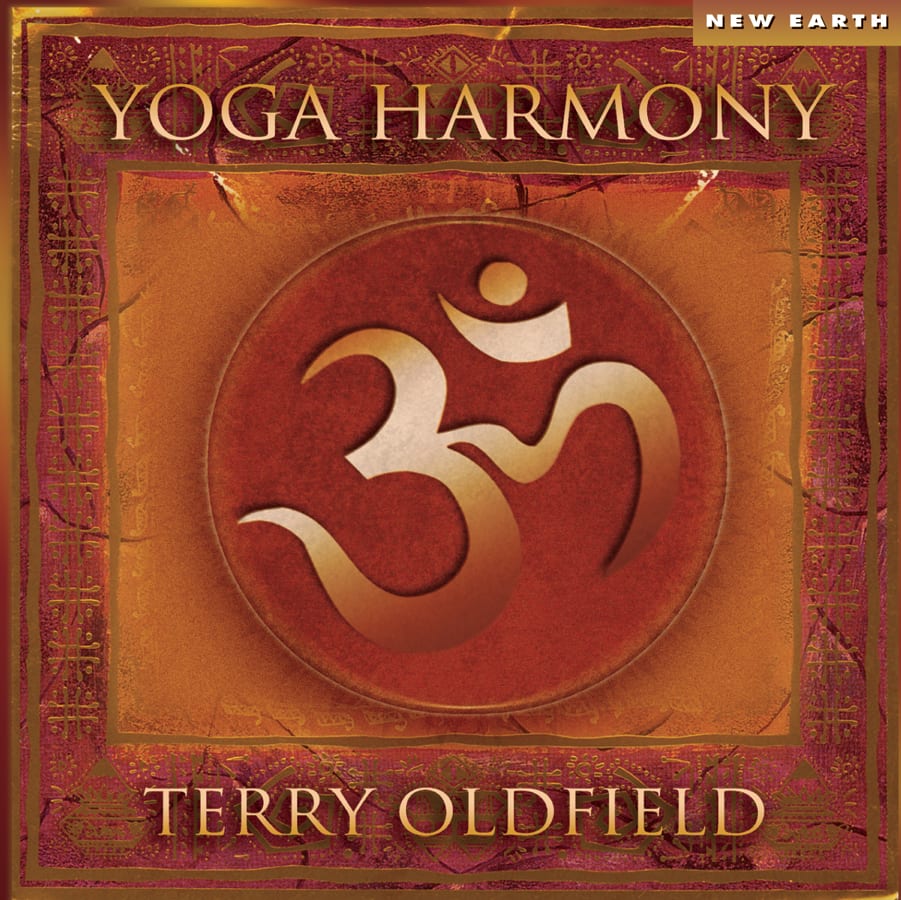 On his latest album, multi-instrumentalist Oldfield plays an assortment of flutes (alto, bansuri, bamboo, and panpipes) and other yoga-like instrumentation (tabla, tampura [the easily recognized drone-like East Indian instrument], Tibetan bells and singing bowls) in recording an album that is supremely relaxing and meditative. With a sprinkling of electronic keyboards (used for shading more than outright instrumentality), Oldfield crafts eight instrumental tracks over a nearly sixty-minute span. His use of echo and sustain with his flutes, in particular, fits perfectly with the vibe of the album, as their notes and reverberating bells and bowls lend the music a contemplative and peaceful air that seems to permeate the air.
While the presence of the drone-like tampura and singing bowls lends a distinct East Indian/Tibetan flavor to the music, Oldfield balances this with his judicious yet sparse electronics and his soulful and lilting flute play. As a result, Yoga Harmony clings more to the new age/meditative music genre than it does to world or world fusion. Still, those who favor more angelic and/or ethereal flute recordings may find this too anchored in Buddhist/Indian/Far Eastern musical sensibilities, although I had no such problem. From the haunting first selection, “Earth and Sky,” through to the album’s semi-jazzy concluding track, “The Essence” Oldfield shows restraint and artistic subtlety that is, unfortunately, often lacking in new age music. Such is not the case here, as each song blends the artist’s flutes with his equally sparse yet perfectly executed synths, ethnic percussion and bowls/bells, along with that uniquely East Indian drone-ish tampura on a few tracks. Some songs offer even more exotic flourishes, such as the addition of Indian cymbals and sitar on the fragrant and sultry “Pilgrimage,” which also features some overtone chanting and a contrast of alto and bamboo flutes or the seductive Indian drums which beat out a slow but sultry rhythm in the middle of “Mountain Path.”
Since the instrumentation does not appreciably vary from track to track, the “play through” factor is very high, and given the CD’s title this is almost certainly intentional. While there is variety between songs if the introspective and attentive listener looks for it, the continuity of the ethnic instrumentation serves as a cohesive factor so that despite breaking the album into distinct cuts, this is more of a “whole”experience if you play it all the through.
Without a doubt, Oldfield is a master on the many flutes he plays on this fine recording but he also displays solid talent on the singing bowls and his unhurried yet soulful performances have a real human feeling to them. He also specializes in using his electronic keyboards only when necessary, never allowing them to dominate a track. At times, I was reminded of Deuter, (such as on the sprightly “The Wave” which builds from a soft opening into a gently rhythmic almost playful exuberant number) and that is high praise from me, indeed. I didn’t expect Terry Oldfield to eclipse his previous recording, the excellent A Time For Peace, so soon, but if Yoga Harmony is not a better album, it surely is that one’s equal, albeit quite different in musical character.
One similarity they share, though, is my rating of highly recommended as well as both of them offering proof that Oldfield is one of the premier artists in the new age music genre recording today.